It’s been quite a year for new tech and as usual I’ve spent more than my fair share on new software and hardware. Thought it was worthwhile listing my favourites and updating on purchases now that I’ve used them for a few months. So without further ado, my top tech of the year.

1. Apple iPad
Before it was even announced I doubted how useful the iPad would be. I didn’t expect it to succeed especially with so much hype. Yet I stood in the queue at the Glasgow Apple store near the end of May and picked up a 64GB 3G iPad. By far it’s been my best purchase of 2010. It’s introduced a new genre, tablet computing, which despite years of talking from Microsoft and hardware from a variety of manufacturers had so far failed to take off. It’s become the goto device around the house (partly due to my laptop failing) and is a great device for consuming all sorts of content. I’m not totally sold on it as a content creator and with hindsight, 32GB would have been plenty for me but apart from that it has very few negatives.

Apple have had this market to themselves for 6-9 months, competition is limited to the Galaxy Tab at the moment but next year will see many, many devices from Microsoft, Google and RIM and the many OEM’s that will use Windows or Android. Scarily, they’ll be competing with the iPad 2 – apart from camera’s what will the new device bring?

Also have to mention InstaPaper, Flipboard and Reeder. Fantastic app’s for the iPad and are my goto app’s alongside Safari, Mail and Twitter.

2. Mac Mini with Plex 9
Picked up a Mac Mini at the start of the year and I love it. It sits quietly under the TV and acts not only as my media library but my media playback machine as well thanks to Plex 9. Plex, based on XBMC, came out with anew version in the middle of 2010 and it’s a great update that really improves the media library management of Plex. I just love flicking on Plex, picking a movie or TV series and just watching – no worrying about codecs, file management or broadband speeds. Brilliant.

The Mini also takes care of grabbing the content as well, from newsgroups, streams etc. My own Tivo box in other words and it requires hardly any management – it just works. An expensive solution compared to an Apple TV or Boxee Box but a lot more flexible. It’s not even the latest Mac Mini which I think is an even better buy – if only it came with a Blu-ray player.

3. Canon 550D
My first foray into the world of DSLR’s. I had no real preference between Nikon or Canon and for my budget at the time this was the best camera that could be bought, hence I’m now a Canon guy. Really please with my first eight months of usage. Downsides? I’ve quickly realised that:

a) Photography can be an expensive hobby.
b) There’s always a better lens than the one you’ve got.
c) It’s not easy.

Pro’s outweigh the cons though and I’ve a big list of goals for the coming year and a slightly shorter lists of potential lens purchases that I’m finding impossible to whittle down. Help.

4. iPhone 4
Silly to describe this as a phone now as it’s so powerful. It’s also further down the list for me as it’s lost that new tech feeling from a couple of years back. The shape is familiar, the software is familiar but it feels wrong to be so blasé about technology so powerful. The screen is amazing, the camera now truly good enough to replace pocket camera’s for many and the addition of the front facing camera plus the processor jump made this a great upgrade.

The antenna issue that seemed to be such a big problem has, with hindsight, been nothing more than a tech soap opera. There’s an itch though when I look at the current crop of Android phones. Something fresh, new, different and of equal footing. 2011 will be very interesting to see what incremental upgrades Apple add while the rest of the industry tries to leapfrog.

5. Withings Scale
I love this. A set of scales that cost £100 but they are so geeky it makes me smile. The Withings scales came out at the end of 2009 but it took a few months until I made the purchase. They are wifi enabled, automatically uploading your weight and fat measurements to a cloud based tracking system. The software can auto tweet your weight (howfatisian) but that’s not the appeal for me.

It’s the start of a more connected range of tech. Devices that will be wifi enabled and offer so much more to the end user. There’s a price premium at the moment but that will change over time. I see my weight fluctuate daily, I can’t hide my weight anymore so it’s an incentive to manage it better (and variances are pounced upon by Shakeel) but it’s made tracking easy while connecting to other sites like RunKeeper so that training and weight variations can be seen together…with no manual updating involved. Fantastic. Also, they look great as well.

The One That Got Away
The new Macbook Air’s look amazing. They’ve come out at the wrong time for me so I’ve held off on purchasing but that is the future of Apple laptops. Flash based, thin and light and no dvd drives. Only thing missing – backlit keyboard. If it had that it would be a perfect laptop for me. Maybe 2012 for that purchase as next year it’s time to replace the iMac.

Looking at those five purchases, three weren’t even considered at the start of the year. I wonder what 2011 will bring?

While I’m quick at picking and moving to new tech, the same can’t be same around the house. I’ve had bare walls for years with just a few bits and pieces but not any more.

The first poster I picked up was from Mondo Tees. They have been running a Star Wars series recently and I was lucky enough to pick up this one. 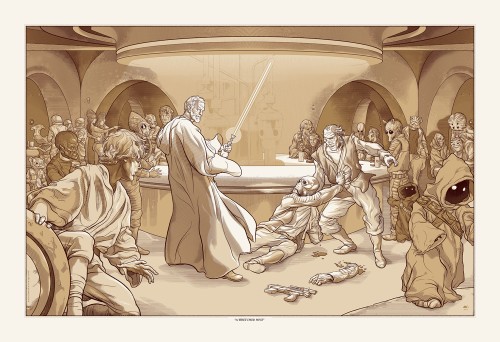 I say lucky as the posters are limited runs of between 2-400 and they sell out very quickly…as in 5 minutes or less. It’s also an American site so invariably the posters would go on sale at a time that was awkward for buying. Thanks to Boxcar and Notifo on the iphone I got a notification as soon as the poster went on sale as Mondo tweet when new ones become available. A few weeks later and the poster is now looking resplendent on my wall. It’s a shame I didn’t get this one though which looks amazing. 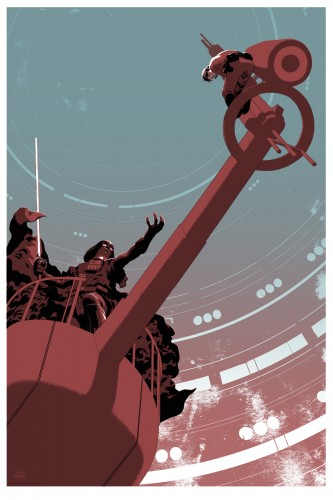 The poster buying wasn’t done there. A new set of comic book locations from Justin Van Genderen caught my eye, specifically Gotham and Metropolis. A short flight later, here they are in location. Lovely. 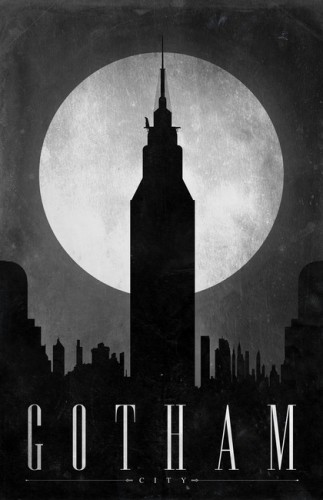 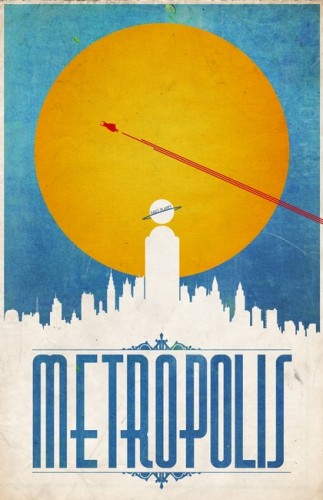 One mention must go to the delivery – it was awesome. Shipped on Monday 13th from Texas with a delivery date of Thursday 16th I expected it to be delayed due to the weather the UK has right now. Well it didn’t arrive on the 16th…it arrived one day early on the 15th. Well done FedEx! That just left frames to organise for the posters. I was tempted to order frames with the ImageKind posters but that was quite costly. After checking out options for the UK and what I’d seen recommended elsewhere I eventually went for PicFrames. Within 10 days I had my custom frames delivered and posters installed. Very impressed with the range and quality of the frames and most importantly, the price, which I thought was excellent when compared with competition. Best of all – I love how all three look now that they’re in place. 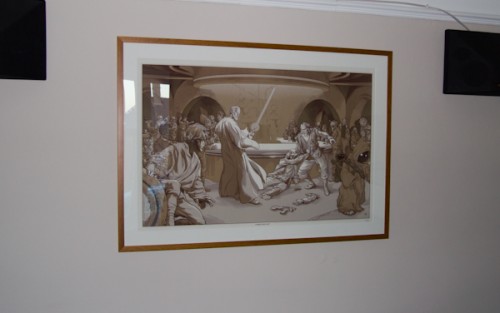 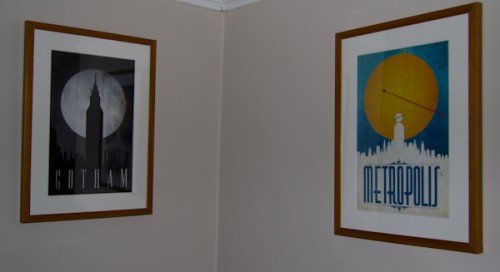 It’s more like 5 weeks now but I thought I would do a quick update on how I’ve found Virgin Broadband since joining at the start of November.

Raw speeds are still very good. Take for example the speedtest from this morning.

Generally I get that kind of speed so the service is definitely delivering. However there is a lot of throttling of peer to peer and newsgroup traffic. This varies from day to day depending on, I guess, the traffic levels locally. On certain days it makes little difference, on other days you can see download speeds of a few k/s instead of the usual few Mb/s.

However this isn’t new and is applying to more and more ISP’s. Downloading out of peak times is breathtakingly fast. 7-8Gb files are taking 30mins or so. Uploading to Amazon S3, Flickr etc has also been very quick now that the 5Mb upload speed has been applied. The uploads are the only part of the service (on 50Mb) that are subject to caps and if you go over the cap your speed is throttled to a still usable level but it’s worth baring in mind. I’ve scheduled backups to non peak times and it’s working well.

Overall I’m pleased with the service so far. Quick and reliable with no noticeable drops.