The Apple keynote this week was one of it’s bigger events in a while and was also notable for it’s lack of store updates, dad dancing and anything to do with OS X. What was covered was Apple’s bet on the future…or was it?

Apple Watch
We saw brief mention of whats coming this Wednesday with watchOS 2 and it can’t come soon enough really. My third party app usage is almost non-existent so I’ve got a fairly big expectation that app’s running natively on the watch will deliver a big benefit, not only in speed but in taking advantage of the on board sensors. Third party complications will be a welcome addition alongside the upgrade in app’s – just a shame that third party watch faces aren’t a thing. Yet. Next year methinks.

The other new additions in watchOS 2 are nice but the rest of the keynote focussed on new bands, colours and a special edition from Hermes. 16 official sport band colours alongside a couple of new colour bands elsewhere. In time for Christmas or trying to bump sales? The Watch is a companion for the iPhone so huge sales were never going to happen but I do wonder if the Apple Watch and wearables in general aren’t the big sellers that the tech companies expected. 3D TV anyone?

iPad Pro
iPad Big. iPad Surface. It’s just a big iPad. Blah blah blah. While the iPad Pro isn’t for me I really want to use one. To have that much performance from a tablet coupled with iOS 9 improvements and all the benefits from a stylus thats been built to work hand in hand with the iPad Pro not just a third party add-on? Pretty compelling and the demo’s from the keynote and afterwards have done nothing to quell my enthusiasm. But I won’t be buying one.

The interesting quote from Tim Cook was the iPad Pro is ‘The future of personal computing’. That’s a pretty bold statement considering the iPad is 5 years old and Apple still sell many many laptops. It’s down to use cases but right now I’d rather have an iPad Air with Apple Pencil support rather than an iPad Pro. Maybe next year? Sales of the Pro will be interesting to watch as will the impact of iOS 9 on iPad sales in general. 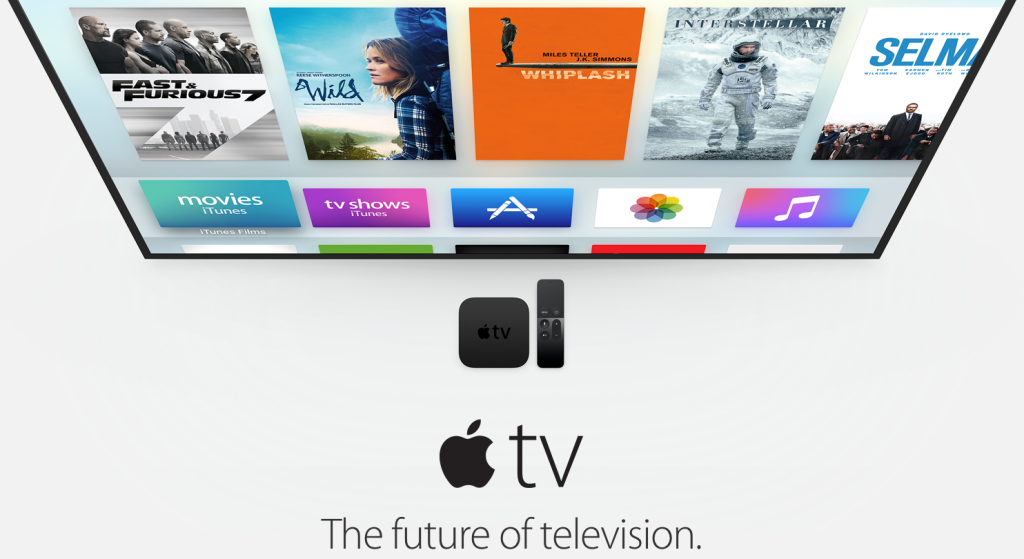 Apple TV
Finally. Always described as a hobby, the Apple TV has finally grown up. The future of TV is app’s according to Apple and it’s hard to argue with that. Dropping Sky/Virgin for app’s is the way to go and finally the Apple TV has an app store to support that. Siri integration looks very strong and supports searching across app’s, but only for certain key partners at the moment. I’d love a Plex app to have that level of integration but I can’t see Apple allowing that. Pity.

As for gaming on the Apple TV, it’s not a console killer but who knows what an Apple TV version in 2020 will be like…and if it will still have three home console competitors? I can see some casual gaming opportunities but not in the same scale as gaming on iOS. If Apple were serious they would have released their own gamepad, not rely on third parties.

Still, Apple TV is a definite buy from me – can’t wait to replace the current one and finally get Apple Music support as well.

iPhone 6S
While the design hasn’t changed there are many hardware changes and one in particular that makes fundamental change to how you interact on iOS. 3D Touch. Basically a fancier Force Touch that was introduced with the Apple Watch and seen on the Macbook you can use 3D Touch as a right click on icons and app’s to allow for another level of interaction throughout iOS. Apple have also introduced Peek and Pop to allow you to peek into content briefly or press harder to pop into it. All very clever and I’m sure there will be some great app’s over the coming months taking advantage of 3D Touch which Apple have also used to highlight Live Photo’s. Basically a photo with a couple of seconds of movie and audio content either side. Not entirely convinced about them but time will tell if they become popular. I do wonder though if 3D Touch will hide a lot of features for people? Will my Mum know to use 3D Touch to pull up a menu in an app? Some of the criticism around the Apple Watch was that while Force Touch worked well it’s function was hidden and non-obvious to most users.

A 12K camera supporting 4K video is the other standout feature alongside faster processor, wifi and Touch ID. Although tempting I’m giving the yearly upgrade a miss this year as there isn’t enough for me to spend money on. I would be interested in the monthly rental scheme that Apple have launched in the US though. UK next year? Hopefully the pricing still makes sense if/when it comes to these shores.

iOS 9
Out this Wednesday and unlike previous years I’ve not tried any beta’s so it will be entirely new to me. Updated Apple app’s like Notes and Maps look like good upgrades alongside the new – iCloud Drive, News and Wallet. Improved multitasking and better keyboard options alongside a smarter Siri and deep searching capabilities means that there’s no massive changes but hopefully a slew of everyday improvements. Roll on the mass update of the five iOS devices in the house.

Closing Thoughts
A really long but packed keynote which was far better than the mess that was WWDC and Apple Music. Some good products launched and I think my only real negative was that OS X was reduced to a gag during a 3D Touch demo. With iOS, watchOS and tvOS launched it’s not a big reach to think the coming years will see macOS replacing OS X. Bigger question – will iOS and OS X ever merge?

There’s still a market for OS X. How do I download files and where do I store them in iOS? iCloud? While there are iOS app’s that are powerful there are still compromises that I would need to make to replace OS X computers with something like the iPad Pro. Maybe in two years the market will have changed again but this post on Stratechery by Ben Thompson struck a chord:

Apple could best improve the iPad by making it a better platform for developers. Specifically, being a great platform for developers is about more than having a well-developed SDK, or an App Store: what is most important is ensuring that said developers have access to sustainable business models that justify building the sort of complicated apps that transform the iPad’s glass into something indispensable

A perfect example is this response to a users demand for Sketch on the iPad Pro. Until the iOS ecosystem is reset to meet developers needs there will always be gaps in the platform that are currently met easily on OS X.

While Apple make great hardware platforms and there’s no doubt their ecosystems are some of the best around, there’s many improvements they could make for developers and on current form they seem to be the hardest changes for Apple to make. Just how good a platform would Apple have if their software quality and platform matched their hardware? Hopefully we’ll find out over the coming years. In the meantime, enjoy those new toys…there’s an expensive few months ahead.

2 thoughts on “Abundance of Apple”