Life
Busy this week capped by slipping yesterday morning on an icy step. Old duffer. No lasting damage but a scraped arm and bashed leg. Lucky. Also lucky that I didn’t smash my camera and it was the tripod plate that took the impact which gouged a chunk of metal out of it. Shows how easy it can be to have a nasty fall.

Media
Still enjoying Battlefield 1 although some of the rounds can be just brutal. Also spun up Halo to play some old map remakes…wish I could say it was fun but. No.

Started watching Atlanta – very good. Also enjoyed the first episode of The Grand Tour, more so because of the 4K HDR cars than Clarkson and his merry men. It was just a more expensive Top Gear. If thats your thing, great. If you were getting jaded of the old format then there isn’t much different here.

Life
Back to work but just over three weeks until I stop for the Christmas break so not too bad. Had a checkup at the hospital on Wednesday to rule out anything around the heart being an issue with my health. An ECG, ultrasound and 17 minutes on a treadmill and the heart got a thumbs up which is great news. Doctor concurs with others that it is a viral infection and I need to keep fighting and it will eventually pass. Fingers crossed.

Media
2 similar but different shows this week. Westworld is really hitting it’s stride and the last 2 episodes have been terrific. Also excelling in its second season is Humans on Ch4. Good to have some intelligent sci-fi on the TV.

Life
Good week off work and another year older as it was my birthday yesterday. It was also a week for new toys. Finally got a working Samsung 4k TV and the picture is gorgeous. Also picked up a PS4 Pro (cheers Shak) and you can certainly see an upgrade in performance. Titanfall 2 looked great and the HDR/4k on The Last of Us is stunning. If you are interested on my old PS4 then take a look here.

Media
Titanfall 2 is a very good game. It now has a single player story which so far has been excellent, multiplayer as good as the original and a promise that all future map and mode’s delivered for the game will be free. Bravo and highly recommended.

August 19th 1993 saw the launch of Edge Magazine. An adult look at the future of games and I loved it from day one. 23 years later and they’ve just launched the 300th edition…and I still have all of them. I almost ditched the collection when I moved house over 10 years ago but I’m glad I held on to them. I scanned the covers a few years ago and every year update it with the latest covers. All 300 Edge Magazine covers can be found in this Flickr album. 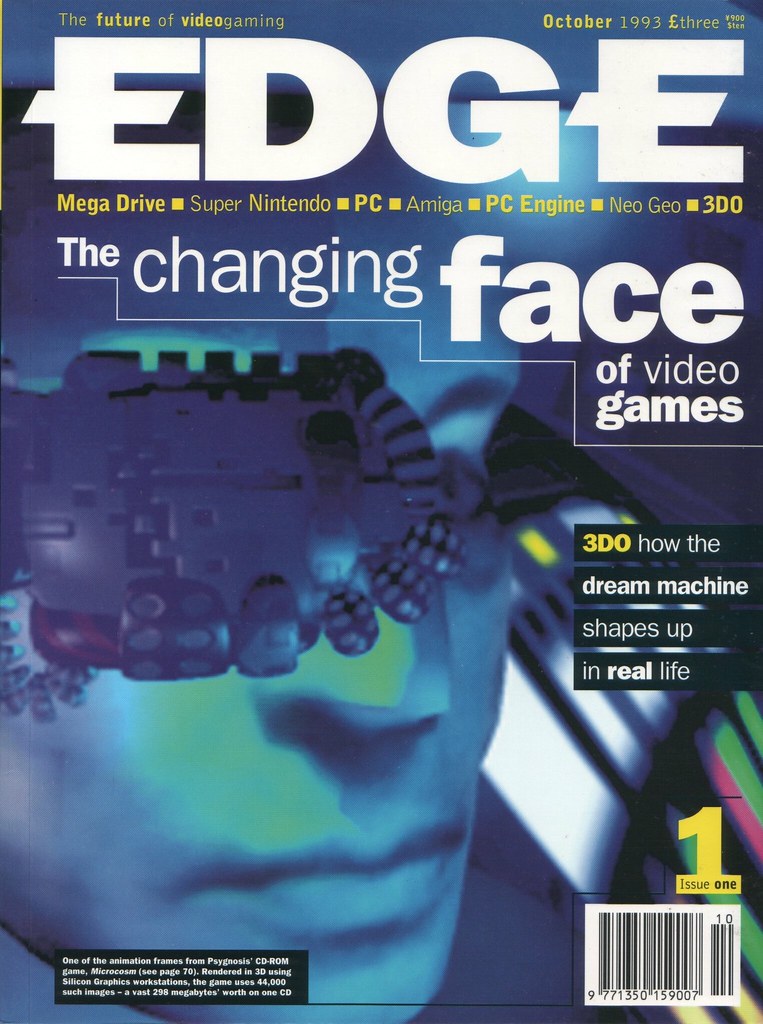 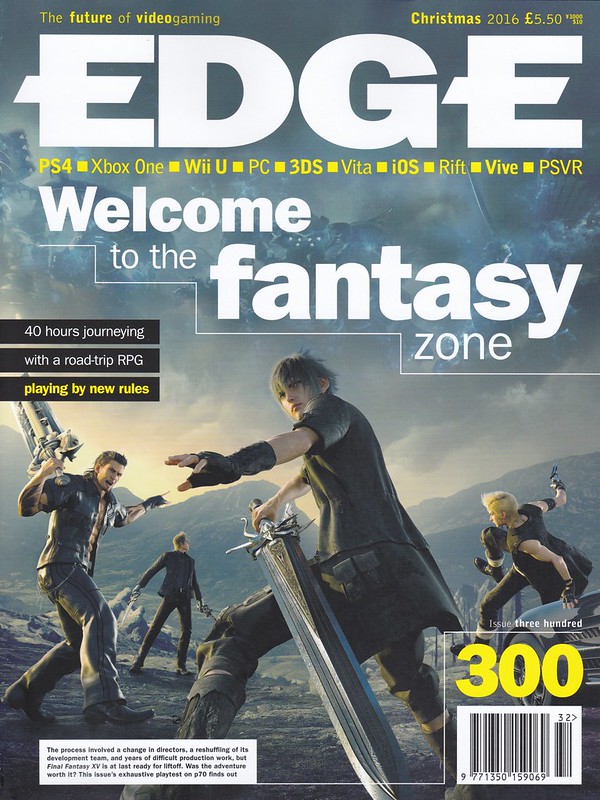 Issue 300’s cover pays homage to issue 1 but is fairly dull compared to some of their better covers. Edge over the years focussed on design and substance unlike so many of their competitors. Arrogant, controversial but always pretty bang on from my perspective.

What’s caused most debate is the game reviews. Edge score out of 10 and over the years there have been precious few 10’s awarded.

Edge have also awarded some retrospective 10’s over the years as well.

One of the repeated debates has been on publishing a score. How many people don’t buy a game because it got a 7 but it was still a great game? I’ll hold my hand up and say a 6 or 7 has put me off a game or three despite reading the review and thinking thats sounds great. I’ve also played and really enjoyed lots of games that got a 6 or 7 proving the text is more important than the score. Despite Edge talking about removing the scores they still publish them while other gaming sites now no longer put a score on a game and the reviews are better for it.

Despite online being the place to get up to date info and paper magazines always being behind, Edge interviews, features and their unique perspective on the industry still make for a must read. Hopefully they can maintain an audience going forward and they are around for a few more years…I need my monthly Edge fix.

Life
Jury service came to nothing – wasn’t called, service passed hopefully for another few years. Picked up a new 4k TV which has….some issues. Replacement coming this week, hopefully this one works. Yes, it is a Samsung! Got this week off work so chance for a bit of relaxation and the start of Christmas shopping?

Last year I tried to get some photo’s of the Glasgow Green firework display with mixed success. Wind didn’t help and where we pitched our camera’s was very busy and the locals were not often….friendly. So this year with a clear night promised I tried Queens Park with Shak. Surprisingly it was really busy but then again the view was pretty great. 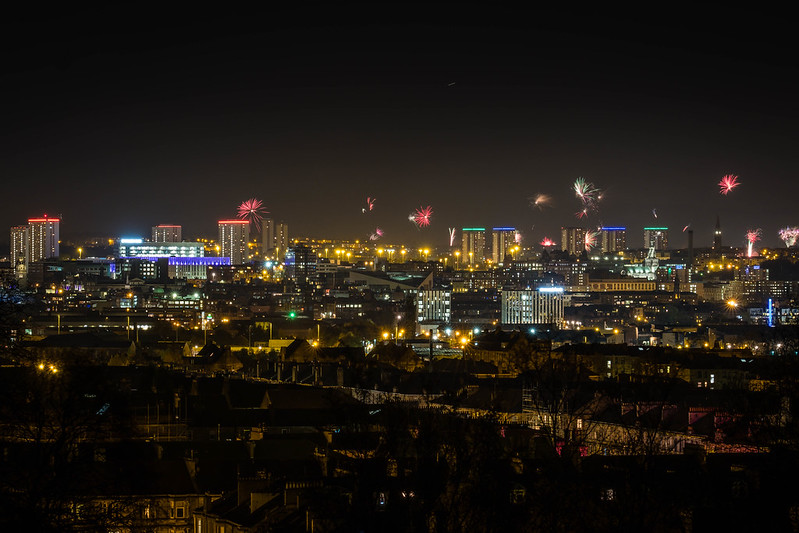 I’d hoped to do a long exposure and capture lots of fireworks as they were set off over the city and I’m pretty pleased with how it came out. The rest of the pics were fairly standard firework photo’s but do capture what I was seeing. 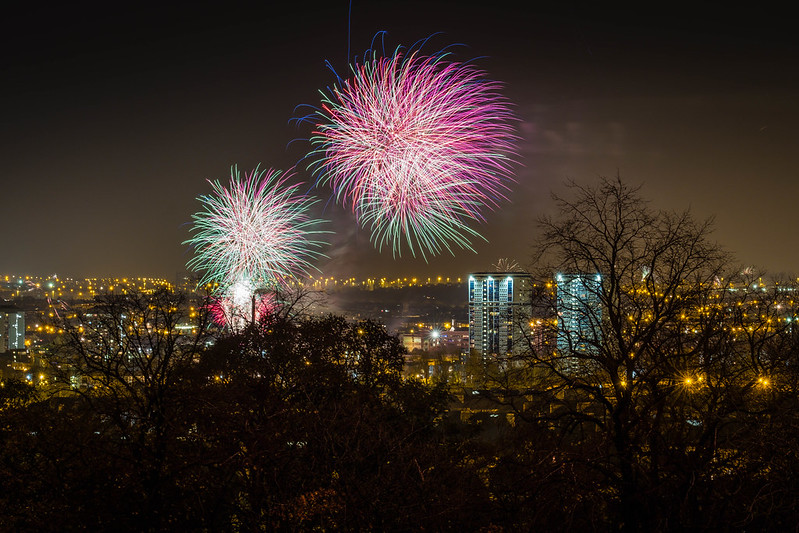 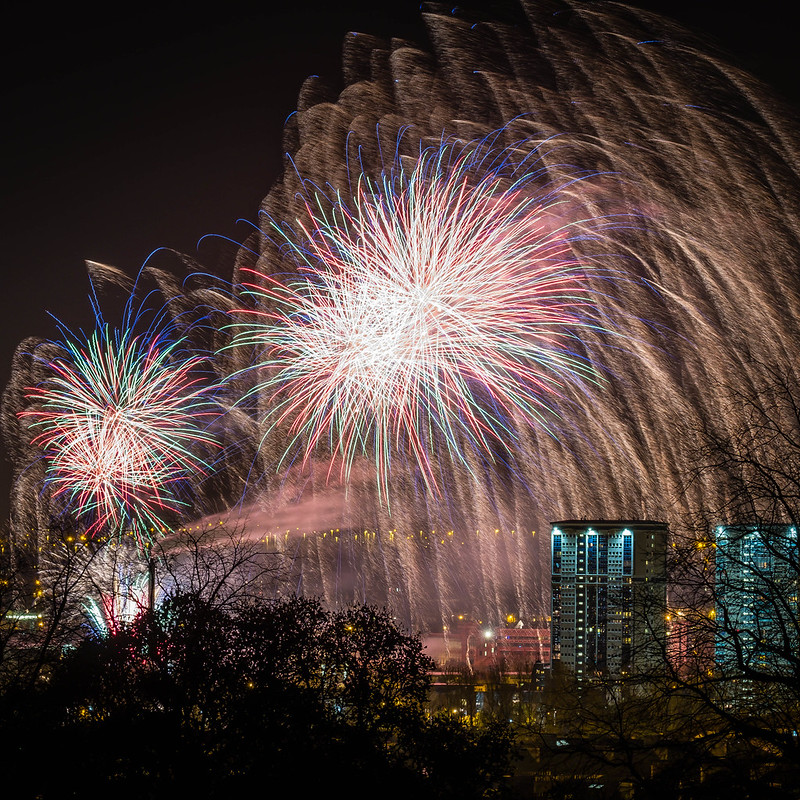 I was let down by a couple of things. The Triggertrap I was using for long exposures worked occasionally rather than every time. No idea why but something I need to investigate. Not sure if it’s the lightning to headphone jack dongle.

The biggest let down though was me. My lack of knowledge was poor last night. No prep, don’t know my gear and it was only thanks to Shak that I got some pics later on with some great advice. Must try harder!