The weather has been pretty cold and snowy recently but I’ve tried to not let it get in the way of getting out and about. Yes – it’s another one of those self righteous “I’ve been out walking again while you’ve been sat on your ass” posts.

A couple of weeks ago there was a fresh snowfall in Glasgow so I walked down to Kelvingrove Park to take some winter pic’s before the thaw kicked in. I wasn’t the only one with that idea as the park had loads of people in it, mostly taking pictures. The one’s I’m most pleased with? First up is this robin. I was pre-occupied with the ducks struggling against the flow in the Kelvin, a far cry from their more sedate duck pond which was frozen over. I then turned round and the robin was 4 foot away on the handrail of the bridge. Very lucky. I then walked up uni avenue just as the sun started to break through. Got some lovely snaps of the Glasgow skyline in winter which will always remind me of days in the tenement. Views all over the south side with many a winters day looking like this. Today was the first hill walk of the year, a nice stroll in the Kilpatricks up Duncolm. I expected the snow and ice to be clear but there was still some snow and ice even at this lower level. Loch Humphrey was still frozen over! Again we were very lucky with the weather as it was mostly dry and from our lofty perch we could see the rain over Glasgow. It was also clearer further north and we could see many of the Perthshire hills and had a great view of Loch Lomond later in the morning.

I must admit, I still love the walks. Fresh air, escape for a few hours and a chance to clear the head. Scenery is usually amazing too. Next up in a few weeks (leg permitting!) is a 13 miles stretch of the West Highland Way. Can’t wait.

Do a search for Rob Jarvis photography and you’ll turn up his website, which seems to be mainly a Facebook page, his Flickr stream, Twitter account etc etc etc. You’ll see a wide variety of great photographs. You’ll also find he’s copyrighted those photo’s which seems a sensible step. Protect his IP and all that malarky. Except, not all the photo’s are his. Some have been stolen from Flickr users. In fact, there’s nothing to prove that any of those photo’s are his.

Meg Pickard tweeted that Rob had copied one of her photo’s and copyrighted it as his on Facebook. Theft. I along with a few other left reviews on Facebook, comments and reported the page. Rob quickly took the reviews down, deleted comments and removed a couple of the photo’s that had been mentioned by commenters – some things you can’t remove though.

You can also find a copy of some of the comments made before they were deleted here – http://www.flickr.com/photos/version-3-point-1/4263212273/. Hopefully Facebook will look at the complaints people have made and act accordingly. Would be nice if Rob actually commented on his theft, owned up, apologised even. I doubt it. Meg followed up with a thoughtful post on copyright theft. Well worth a read. I never restrict anything on Flickr, thinking none of my images are worth anything anyway but then again, if they were used it would be nice to get the credit. Something to think about. Looking forward to that apology Rob.

If looking out your window doesn’t make you feel cold, maybe this picture from space published by NASA will: 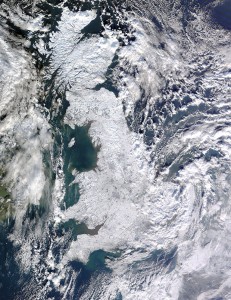