In his first week Trump and his team wrote executive orders that have reset America’s position in the world.

As if those weren’t bad enough…lying about the inauguration crowd size. Banning government agencies from talking on Twitter unless they go through the White House team first, leading to many rogue twitter accounts being setup allegedly by employees fighting the order. Resisting from within.

Worse is the power that Nazi sympathizer Steve Bannon, currently in charge of American foreign policy, wields within the White House. Bannon who runs the right wing Breitbart got named to the National Security Council. He is setting America’s immigration policy. He’s a fucking Nazi. In the White House. On Friday the White House released a statement to commemorate International Holocaust Remembrance Day with no mention of Jews, Judaism or antisemitism. The reason – Trump’s administration “took into account all of those who suffered”. Nazis.

The muslim ban seems to have been the final straw for many not just in America but around the world. World leaders are openly condemning and rejecting Trumps policy. Tech leaders are finally openly condemning the ban as well, although not all. Unfortunately Theresa May and the Conservative government found themselves on the wrong side of the argument. Worried about trade deals and with Brexit pushing her into a corner she eventually blurted out “The United States is responsible for the United States’ policy on refugees, the United Kingdom is responsible for the United Kingdom’s policy on refugees.” Cards marked.

“The way Germany treats Jews is up to Germany, it's got nothing to do with Britain."
Prime Minister of Britain. 1939. pic.twitter.com/Pw2NmzROTE

Many hours later and after many countries had made their objections against Trump clear, May came out with a weak statement. Prime Minister Theresa May does “not agree” with Donald Trump’s refugee ban and will appeal to the US if it affects British citizens, Downing Street says. Does not agree is pretty weak but just a few hours earlier it was a matter for the United States. May was caught out or maybe it was her true colours.

Trump has also lost his first legal challenge thanks to the ACLU. Their blog post on their win makes for sobering reading but also has a great quote:

The United States is a nation governed by the rule of law and not the iron will of one man. President Trump now has learned that we are democratic republic where the powers of government are not dictatorial. They are limited.

However it looks like the government will enforce the new ban despite the ruling. For those who think the muslim ban makes sense, some facts. No doubt there will be alternative facts presented at some point but you need to believe the data and not your racist views at some point. 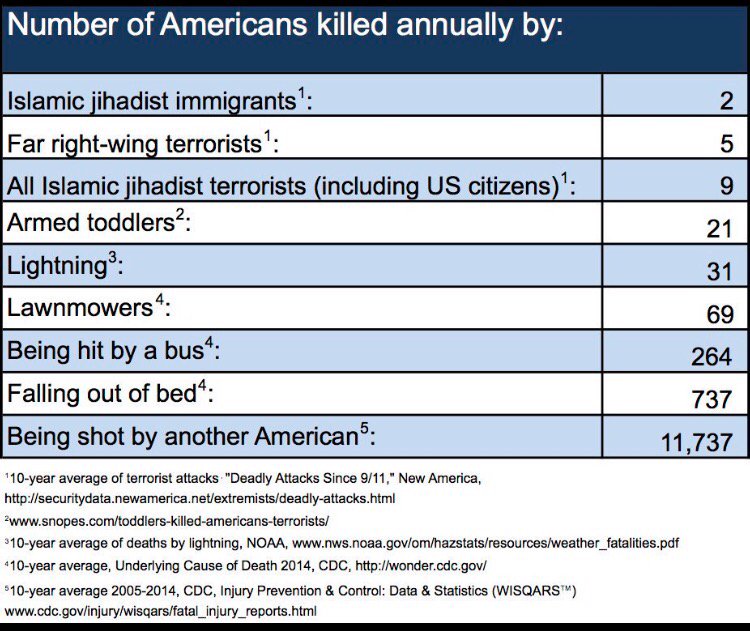 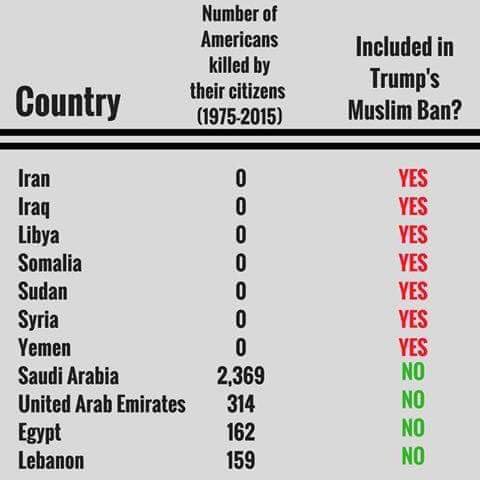 The scary part is that agencies in America are following through on these executive orders without it seems much questioning. What happens when an executive order is written that you are against? What then? Sit back and take it? Those involved in the legal case are already being victimised on social media and being threatened, just like brexit in the UK. The parallels are clear.

So what to do? Fight. Resist. You don’t just have to accept which is repeatedly what the leavers tell the UK. If recent votes had swung a couple of percent the other way would the right wing have sat back? So why should everyone else. Thanks to Richard here’s Roger Waters nailing his colours to the mast.

Donate to the ACLU, help bring Hamaseh Tayari home or sign this petition to prevent Donald Trump from making a State Visit to the United Kingdom. Best of all, don’t bury your head in the sand or ignore what is happening no matter how bleak it seems.

Fuck racism, bigotry, and hate no matter where it happens or who does it. And fuck Trump and his Nazi staff.