Letterboxd have published my favourite wrapped style post, their 2022 Year In Review. Always find some hidden gems. I really need to watch more movies through this year – 25 last year is a pretty poor return.

I watched Spectre a few weeks ago and while it looked amazing and clearly had a load of money thrown at it the story was half baked, the action scenes felt incomplete and the script was poop. So an average Bond film then.

That made it a bit easier to list my favourite Bond films as follows:

So who’s my favourite Bond?

Poor George – great film, shit Bond. If Daniel Craig does sign up for one more hopefully we see more of the criminally wasted Christoph Waltz who ended up being one of the weaker parts of Spectre. If you have seen Spectre, I loved this post that tries to explain it’s ending.

With only a couple of work weeks left of the year I’m looking forward to revisiting some of the old classics again over Christmas. Can’t beat some Little Nellie.

This years big Marvel movie is Avengers: Age of Ultron and I managed to watch it yesterday afternoon at a fairly quiet Braehead Imax. It’s a good watch and the Whedon strikes again with a great ensemble movie where so many have struggled in the past. I wouldn’t say it’s up there with Avengers Assemble or Captain America: Winter Soldier but definitely worth catching on the big screen. I do have further words on it, but those are spoilery so read on if you’ve watched the film or else be forever ruined! 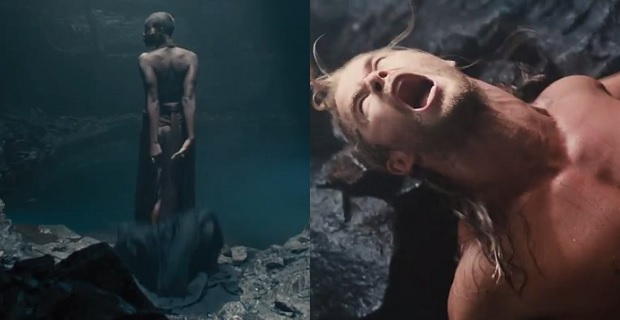 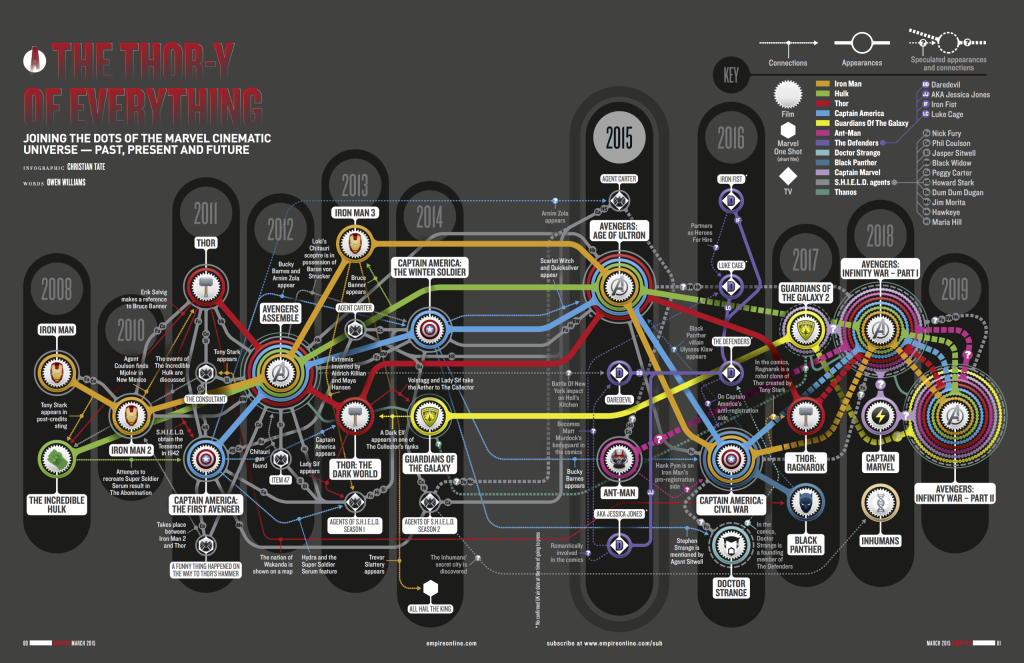 The Future
Next up for Marvel is Ant-Man which I can’t say I’m expecting much from but after that is far more interesting. The above graphic from Empire a couple of months back shows the upcoming films and how everything is linked in the Marvel universe. Some of it is speculation but what we do know is that Captain America: Civil War will feature Team Captain America vs Team Ironman and will be directed by the Russo brothers who were behind the Winter Soldier. This is “a good thing” as Winter Soldier was one of the best Marvel movies so far. They will also take over from Joss Whedon for the next Avenger films and all I can say is good luck for all three as juggling so many characters in the one film isn’t easy.

I never thought I’d say this but I’m getting a bit jaded by superhero films – all much of a muchness and thanks to the money Marvel have made, Fox and DC are cashing in too. Look at just how many superhero movies are coming out in the next few years! They need to start offering something different and hopefully some of the Marvel titles will do that as they are branching out from their main titles which should see them offering something a but fresher – like Guardians of the Galaxy.

But thats in the future. For now, go and enjoy Avengers: Age of Ultron and the mix of fun and action that Joss Whedon has delivered. It was over-hyped and he deserves credit for almost delivering on the promise.