The Forth Bridge is one of the most iconic bridges in the world, not just in the UK. I took advantage of a clear but cold day to head over to South Queensferry to try and get a good photo of the famous structure. 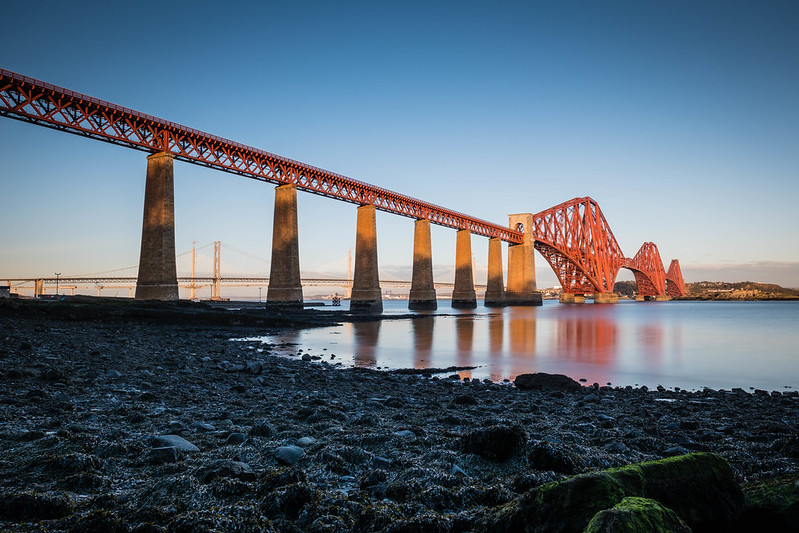 Rather than take hundreds of images I set off with one image in mind. I wanted a long exposure of the bridge with the morning sun casting it’s glow on the red painted steel and brickwork. The skies were clear as expected but soon after sunrise the sun was shrouded by a rogue cloud. Damn. After 15 minutes the sunlight returned and I got the image I was after.

During the wait I took the opportunity to fire up the drone and take some alternative shots. My video wasn’t great – lack of practise and preparation, but I did get a couple of images that I was pleased with. I got warnings while flying of low temperatures and also over stressing the motor which was a bit disconcerting as the drone was about a mile out from me over water. Between that, batteries running low and me starting to freeze I didn’t get as much out of the drone as I should have. 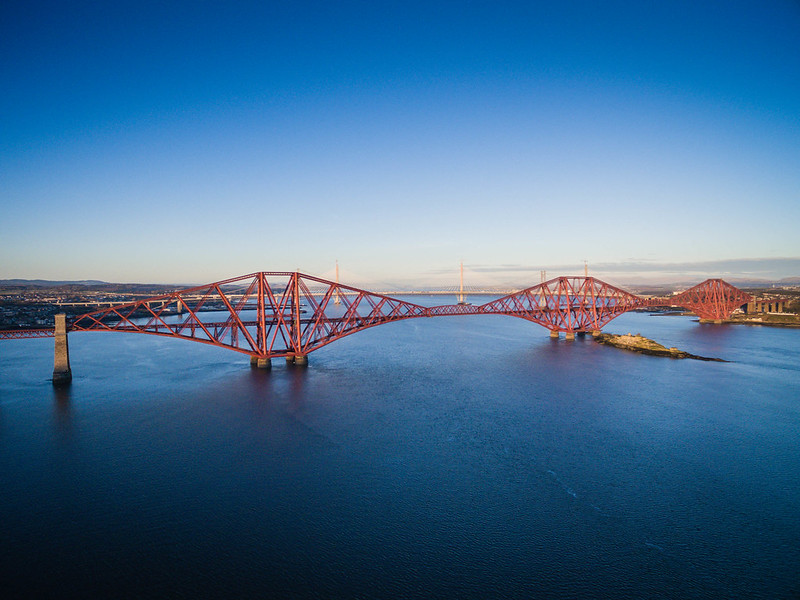 My biggest fail of the day was I got cold. It was 0, feels like -4 and I was on a bit of sand/riverbank so very quickly I started to get cold. I needed more layers and better footwear. After 90 minutes I had to move on as I was that cold I was getting pains. A brisk walk to get another view of the bridge helped but it really was too late and I spent the rest of the day feeling cold and sore. 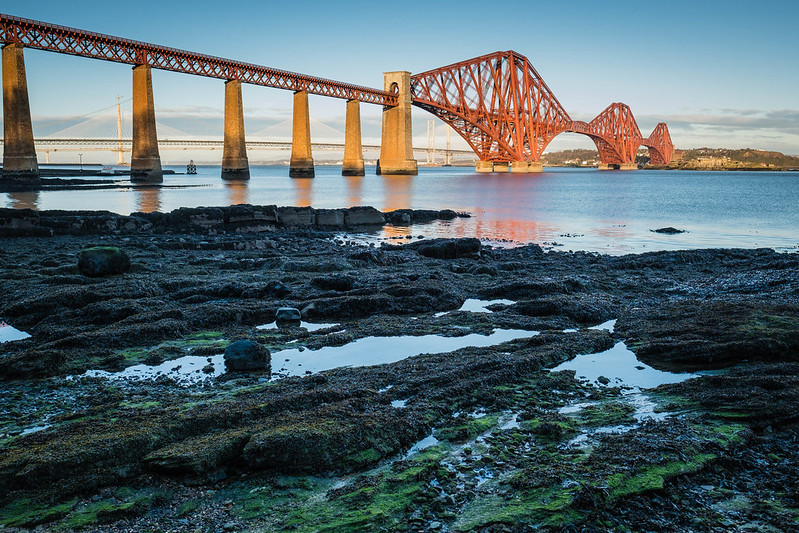 This trip was my first using the Peak Design Everyday Backpack. I love the design and flexibility that the bag offers but need to think how best to configure the flex fold dividers as one collapsed as soon as I removed the camera due to load but thats easily fixed by altering the layout. I loved all the expandability that the bag had as well and it meant I could use one 20L bag to carry all my gear. However it’s not watertight. This didn’t effect me yesterday but I wouldn’t trust it on a day out with variable weather. Its water resistant but the top pocket doesn’t seal so you run the risk of water getting into the main compartment. Overall I’m pleased with the purchase but not convinced I’ll be able to use it 100% of the time unless I also carry a rain cover for the unpredictable Scottish weather.

Next on the shopping list is probably a set of Lee filters. They aren’t cheap but will help with a lot of the photo’s I like to take. Before I buy I’m going to get out and use the camera more. I upgraded to a Fuji X-T2 towards the end of 2016 and I love it but need to use it more not just to understand it fully but also to improve my photography. There’s only so much a book or manual can teach.

If you want to see more of the Forth Bridge photo’s then the album is here on Flickr along with my other photos.