I do love me a comic or two but I’ve never seen the big draw of visiting a Comic Con. However with me and Shak picking up new camera’s (more on that soon) it seemed a good excuse to visit one and also try the new camera’s. 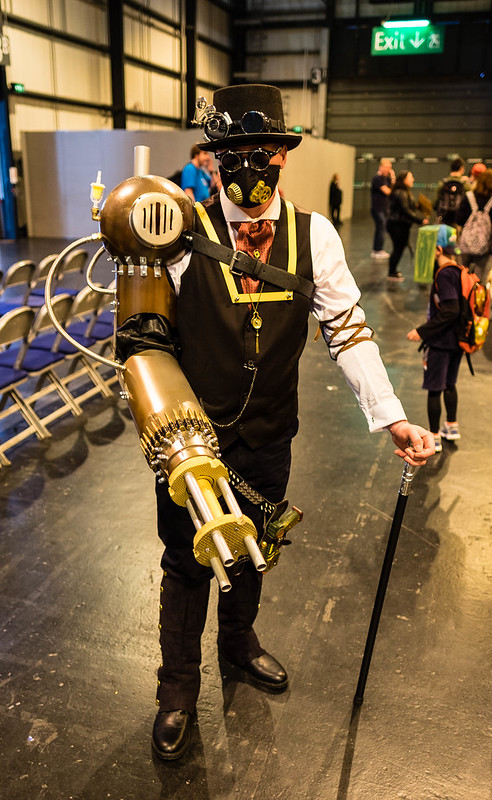 We went on Sunday and it was pretty busy, but not as busy as Saturday. By far the biggest thing there was cosplay. 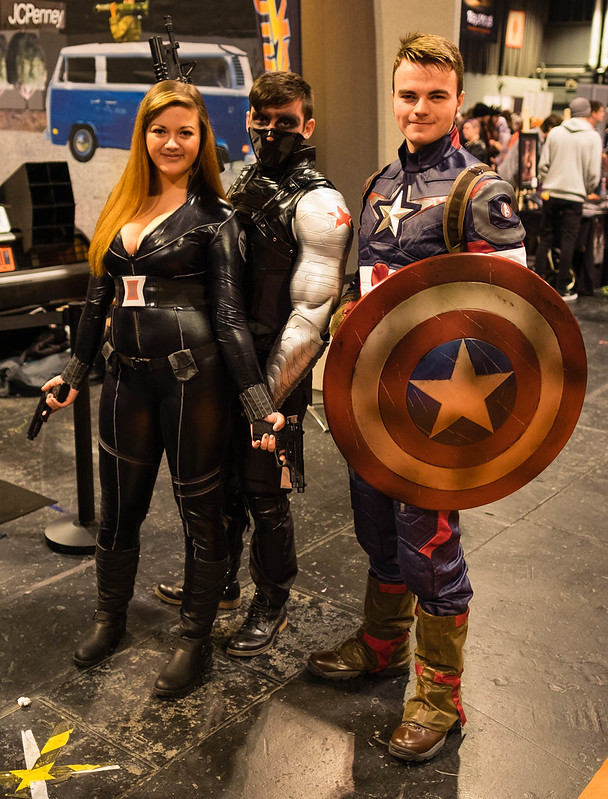 There was loads of folk dressed up, some with just minor costumes but most had make a tremendous effort for the show. Also common were ‘free hugs’ signs which the cynical in me was a bit suspicious of but the overwhelming mood looked to be positive and the event was notable for no aggro, no wee neds and just good natured fun.

For me it was a bit dull though and I didn’t see much to buy. Load’s for the cosplayers but not so much for comic fans…or maybe I just didn’t spot the right shops in amongst the mobs.

As for the camera, it worked really well although I need to get used to using a prime lens and get in a bit closer to subjects. A confidence thing as I could see others doing it but it all felt a bit weird to be doing. More photo’s from Comic Con are on Flickr. Comic Con was interesting more than enjoyable but at least I’ve been to one as I can’t see me rushing back.