Another year passes and like 2013 I’m making no resolutions that I’ll beat myself up about in 12 months time. Lesson learned…or is it learnt? A picture says 1000 words (thanks Shak). 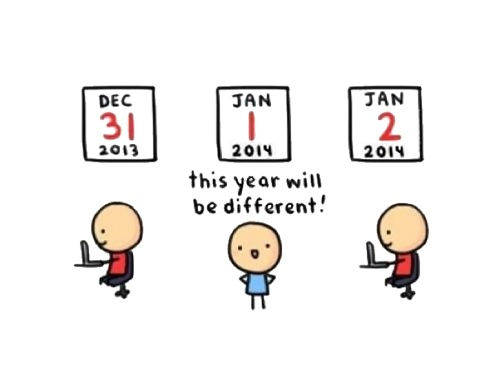 2013 saw me turn 40 and unexpectedly get into running and lose some more weight. I finished the year under 13 stones after losing around a stone since the start of 2013. A little has crept on over the past month and no doubt some more will creep on over the coming weeks – it always does as I work through Christmas leftovers, but I’m really chuffed at taking weight off after stagnating for a year or two. The biggest surprise was running. I bought running shoes in 2011 but could never get into it. Couldn’t improve with the local hills killing me. In July I gave it one more go using the flatter canal paths and I slowly improved. From struggling to run a mile I can now go out for hour long six mile jogs around Glasgow. I never expected that and I really enjoy it too. Bonus. The rest of the year was a mixture of high’s and low’s but nothing too dramatic.

One thought on “Onwards”