So on Saturday I watched Inception. It’s the talked about movie of the moment and my initial reaction on Twitter was:

Inception – Good but not great

That was how I felt walking out of the cinema. Almost disappointed considering the hype. So I wanted to talk a bit about it which will involve some spoilers, but not yet. First, some general thoughts on the film rather than the plot.

As expected, the film looked gorgeous. The set pieces were HUGE but without the over the top use of CGI that is so prevalent in today’s film. To contrast, I watched the remake of Clash of the Titans just a few days before which was more akin to God of War on the PS3 with some actors placed into the CGI. Tosh. It was also an incredibly good looking film. Both sets and actors were of the highest quality. So much so it’s hard to really find fault with any technical aspect.

Leonardo DiCaprio turned in another captivating performance. To think that he’s come from Titanic to great films like Blood Diamond, Body of Lies, The Departed and now this – is he THE hollywood actor for this generation? For me it’s between him and Christian Bale as my favourite actor right now. In fact, are they this generations De Niro and Pacino? Other good turns from Ken Watanabe and Cillian Murphy…in fact the only actor sold short was Ellen Page. She was great in Juno but I felt her acting in Inception was a bit wooden – maybe being saddled with a script that sometimes made her the audience guide didn’t help – think the voiceover in Blade Runner. She always asked the obvious questions leaving the other talent with the job of explaining to her, and hence the audience, what was going to happen next. Something just didn’t feel right with her performance. Despite the great talent, Tom Hardy stole the show for me. 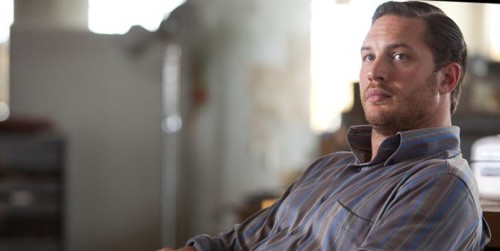 The British actor owned every scene he was in. Some of that was down to his character getting some great lines and being involved in the thick of the action. Mostly it was his sheer presence on screen. If you get the chance catch his performance in Bronson (showing on Sky right now). Future star, if not already one – he’s currently shooting a new Mad Max film and I can’t wait to see how that turns out.

Before we hit the plot, and the aforementioned spoilers, a word on Christopher Nolan. Momento, Prestige, Batman Begins, Dark Knight and now Inception. Some of my favourite films. Dark, clever and always require more than one viewing. Without doubt my current favourite director. I can’t wait to see what he does with the next Batman film in a couple of years. Also, if you haven’t taken in Prestige it’s well worth a watch although can be a bit….ploddy.

Yet I walked out the cinema on Saturday and was almost disappointed with Inception. That’s changed after some reflection. Firstly, cinema’s generally piss me off. Noise, phone’s, other people, crap seats and a really sticky floor don’t add to the cinema going experience. Yes you get a big picture but that feels soft when compared to what can be viewed at home. Audio is loud, but I can do that at home if I want to as well. All in all, not a stellar experience. I also felt a bit of plod around the middle of Inception but that’s more down to me. I wasn’t thinking. The next day I couldn’t get the film out of my head. What really happened in that film, what did that visual clue mean, am I over analysing? That’s what is so great about Nolan’s films. You need to think to get the best out of them, something I didn’t really do at the cinema, and with that, it’s onto the spoilers. You’ve been warned so if you haven’t watched the film, go read something else.

Spoilers
Inception doesn’t answer everything. It leaves you guessing at the end as to what happened. Is this the mark of a great film maker – not scared to leave it down to the audience to figure it out? Of course, that means there are a number of events open to interpretation.

The ending revolves around whether Cobb (DiCaprio) makes it home to his family or is he still dreaming. This is done via the totem that is referenced through the film which cut’s away before falling – falling would mean it is reality. Some points on this and my take are:

1) Cobb visualises his children in his dream at a very young age. IMDB list the children as 3 years and 20 months (don’t know how they know this but it’ll do for me). Yet earlier in the film Cobb is speaking to his kids and at least one of them sounds a lot older.

2) Sticking with the kids, when Cobb visualises them you never see their faces. You always see them in the garden of the house wearing the same clothes. When he finally ‘gets home’ at the end of the film you see their faces, but the clothes are the same (I think) and they haven’t aged.

3) The editing at the end of the film hints at one of the dream concepts mentioned earlier – the dreams feel real but how did you get there? It feels rushed between Cobb wakening on the plane and very quickly appearing in his house – is he dreaming, does he know how he really got there?

4) When we first meet Miles (Michael Caine – just wanted him to say never – see Dark Knight), I’m sure he says it’s time for Cobb to come back to reality…or something like that. Does that mean he’s dreaming at that point? Is the whole film a dream?

5) The limbo visit’s and the multiple levels, kicks and jumps. The age difference between Cobb and Saito (Ken Watanabe) at the end is due to Cobb dying (and hence going to limbo) in level 1 – Saito dies in level 3 where time travels at a far faster rate. The bit I’m not sure about – how do they end up in the same limbo – is it because they are sharing the same dream space? All the jump’s kind of make sense to me, although again I’m kind of hazy with Cobb and Saito – was that Cobb convincing Saito that this wasn’t reality?

So with those points, and I’m sure there are more but that would only come with a repeat viewing, was Cobb dreaming at the end? Was the whole film a dream? My take is that the did complete the inception and that Saito’s phone call on the plane was real. From that point on though was a dream. The editing, the age of the children and the setting all point to this being a dream. What I, or I think anyone, can tell is whether that dream takes place on the plane, after Cobb is reunited with his kids or at some point in the future. During the film Cobb said he couldn’t dream anymore – was completing this inception and facing up to his wife in the dream world his chance to dream again?

The best bit about these theories – it’s entirely plausible that there’s another way of interpreting the events, and maybe thats the whole point. Has the movie been constructed in such a way that there is no right answer? Is this Nolan playing with our minds, stealing our dreams? In many ways it reminds me of Life On Mars which ended with no clear answer and open to many interpretations. That made it so much better and the same can be said of Inception.

I look forward to a repeat viewing in the comfort of my own house with a crossed finger or two that it will come with a directors overview of what he wanted to deliver and all the twists and turns throughout the film.